Means to the sea

It is a research tool very widely used by researchers, engineers and technicians working in the coastal field. Several hundred dives are thus carried out each year by  IUEM divers. Most of these dives are devoted to carrying out experiments, collecting live material, taking photos and videos, installing and replacing measuring devices or experimental devices.

(The) Albert Lucas is an oceanographic research boat for the observation of the coastal environment in order to better understand its evolution. Inaugurated in June 2010, it is co-owned by the European Institute for Marine Studies and Iroise Marine Natural Park.

As a station ship, it operates up to 20 miles from the coast (approx. 32km), at an average speed of 10 knots (approx. 18km/h). Therefore it operates mainly in the Brest roadstead and within the perimeter of Iroise Marine Natural Park, that is to say 3,500km² from (the) Sein Island to (the) Ouessant Island and up to the limits of French territorial waters.

Hésione is a 6.15m lightweight aluminium boat (Hard 21). It can hold up to 6 people to sail during the day, in Brest roadstead and Iroise sea. Equipped with depth sounder, GPS, CTD gallows and Niskin bottle, it can also ground and provide diving assistance missions. Thanks to its size, it can operate in the river and be put on a trailer. 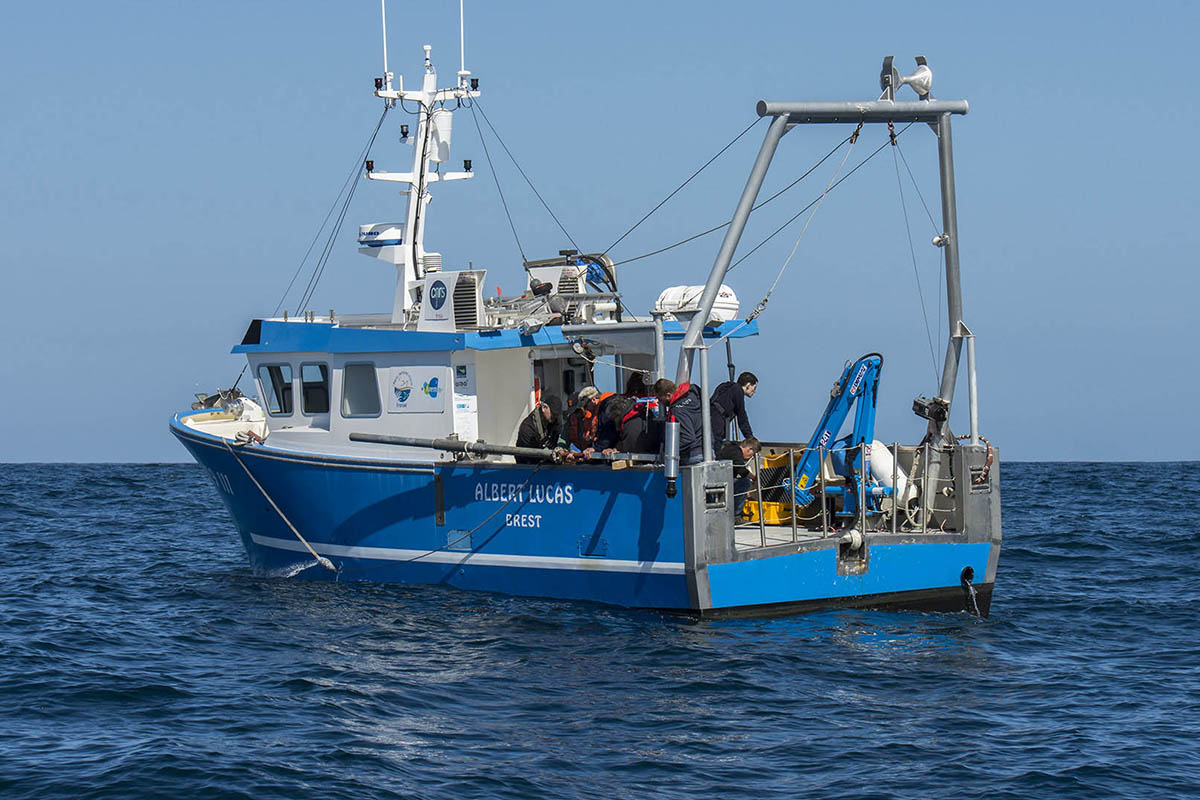 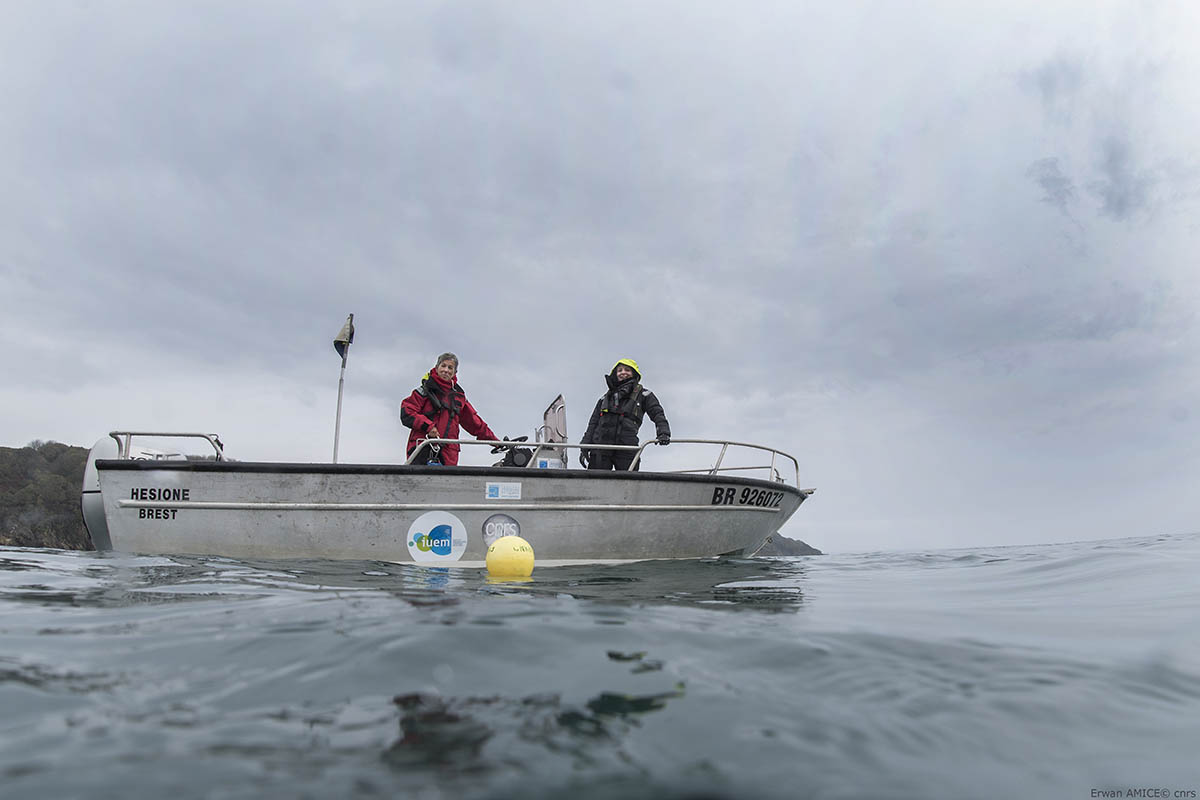 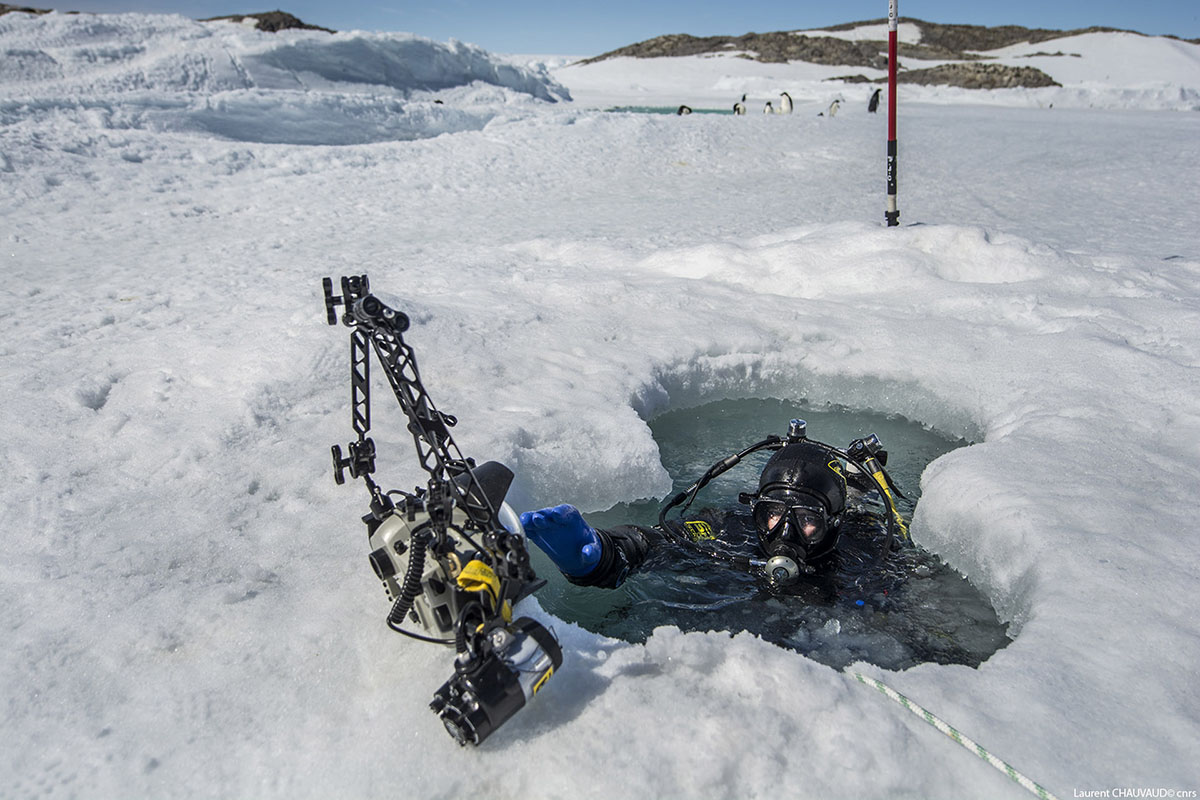 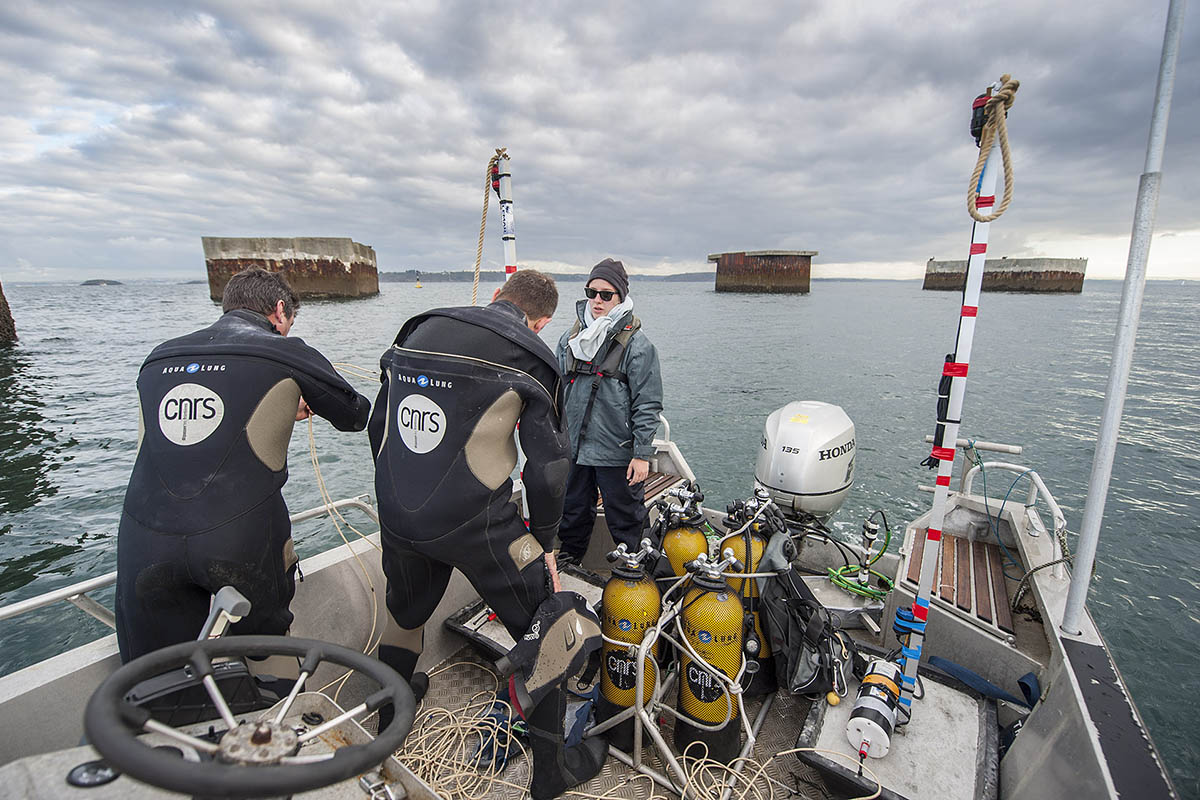 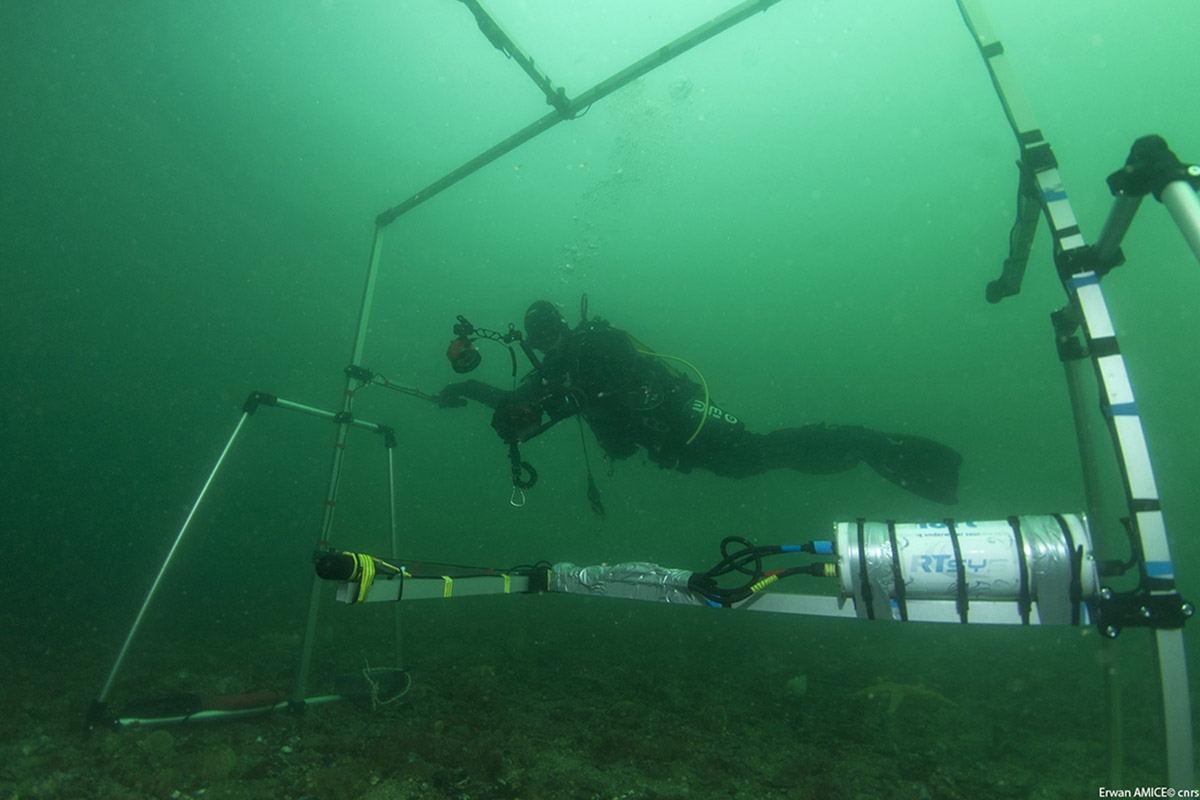 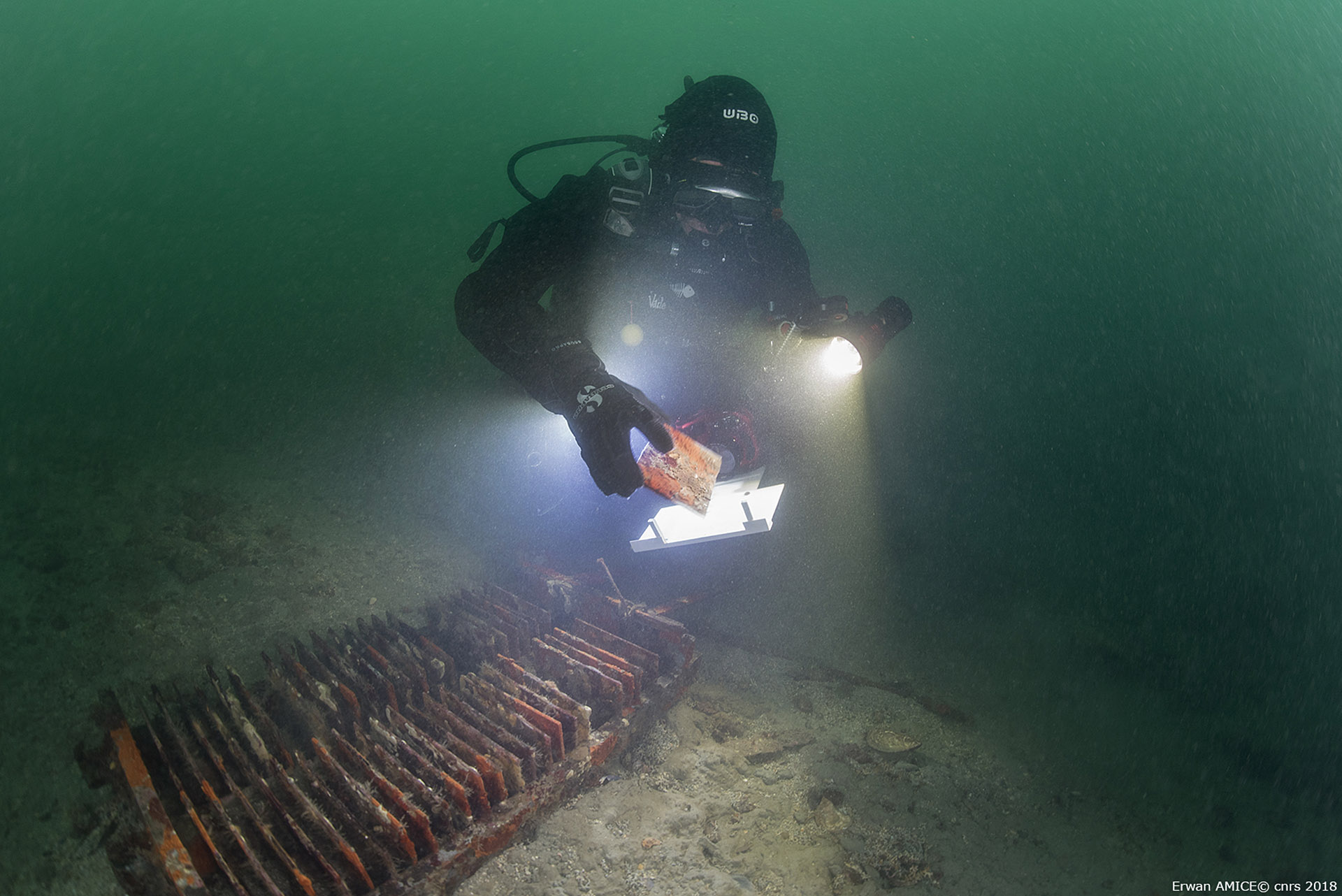