Transfer efficiency of omega-3 in coastal marine food webs: the importance of mugilids

Global change has proven consequences for animal and plant populations, but also less well studied effects on the health of biological communities. All of these modifications impact the functioning of food webs and therefore the production of goods and services for human communities. Recent studies show that global change is leading to a reduction in the production of long-chain omega-3 fatty acids (omega-3s) at the base of the marine food web, by altering microalgal assemblages and their physiology. These omega-3s play a vital role in maintaining the physiological functions of higher organisms as they are the major components of their cell membranes. This drop in omega-3 production at the base of the marine food web should mechanically have cascading repercussions on the availability of these nutrients for primary and secondary consumers, such as exploited marine fish, which are almost incapable of synthesising them. Fish are one of the main sources of omega-3 for humans, for whom the beneficial effects of these fatty acids have been widely demonstrated. This chain of consequences could therefore also lead to a possible decline in the availability of these fatty acids for human populations.

Mugilids are opportunistic fish that occupy a variety of habitats and tolerate a wide range of environmental conditions. They generally occupy an intermediate position in tropical coastal systems: they graze on microalgal biofilm, and are consumed by other exploited fish species (e.g. sea bass, meagre). They therefore play a key role in aquatic ecosystems by providing a significant part of the coupling between the bottom and water column trophic compartments. They also contribute to the transfer of omega-3 to humans.

Laboratory studies have shown that the physiological performance and behaviour of mugilids (e.g. respiration, swimming performance, growth) are altered in response to a decrease in the omega-3 quality of the food combined with an increase in water temperature (e.g. Vagner et al., 2014, 2015, 2019).

The objective of the project will be to explore the consequences of such modifications on the functioning of coastal marine food webs and, more specifically, on the transfer efficiency of omega-3 to the upper links, notably to exploited fish and humans. The food webs associated with different types of habitats similar to those of the Breton coastline will be analysed. A detailed analysis of the results with regard to the Breton socio-economic context will also be proposed. The fishing and aquaculture sectors, which are vital in the region, will benefit from the development of knowledge on the “interest for human health” of mugilids in order to promote these products, particularly by canneries.

From a methodological point of view, this multi-scale collaborative project between physiologists and modellers will allow the development of an innovative numerical approach, coupling individual physiological data to existing coastal marine food web models (e.g. Linear Inverse Models) in the form of sensitivity analysis of model parameters. 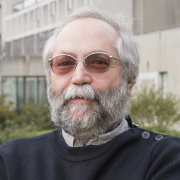 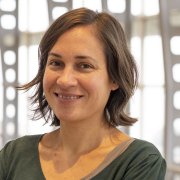 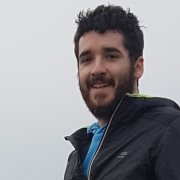 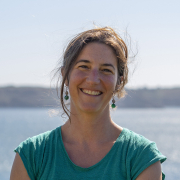