The French Guiana coast, 80% covered by mangroves, is subject to intense hydro-morpho-sedimentary dynamics under the direct influence of the massive discharge of suspended sediments from the Amazon River. The development of Guyanese mangroves, which represent 70% of French mangroves, depends on the dynamics of the mud banks transiting along the coast from East to West from the Amazon to the Orinoco, alternating periods of several years of coastal advance and retreat: each part of the coast is therefore subject to an alternation of siltation (passage of a bank) and erosion (phase called “interbanc”). Mangroves only develop cyclically through successive phases: colonization of bare mud as soon as it is sufficiently consolidated, extension of the pioneering mangrove, maturity of the forest then uprooting of trees and regression of the mangrove as a result of substrate erosion. It is therefore a very dynamic ecosystem, in constant evolution. This unstable and short-lived ecosystem is paradoxically characterized by high productivity and a high standing biomass (up to 350 t/ha). At each phase of erosion, very large quantities of plant debris, and more generally organic matter, are then exported to the waters and adjacent bottoms, which in turn feed the biological productivity of the Guyana coastal zone. The mangrove swamp of Guyana is one of the best preserved in the world, and its particular dynamics makes it a unique model for studying the natural resilience of a coastal ecosystem: in this case, it is the ability of Guyanese mangroves to adapt to the rapid variations in sedimentary processes that condition the structure and functioning of all compartments of the ecosystem. 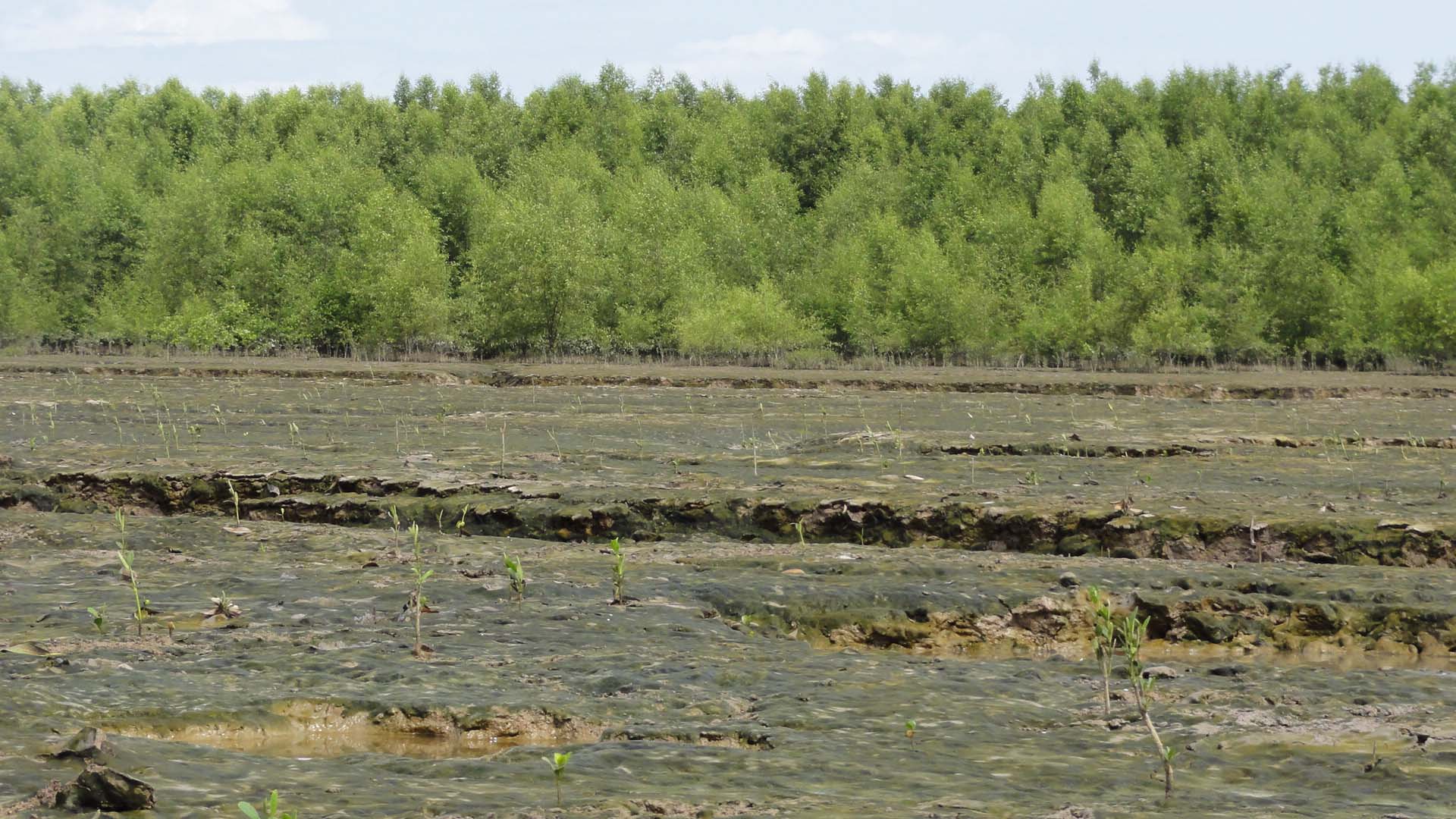